Buying Protonix requires a prescription to be dispensed by a pharmacy in the United States. Because of this, Protonix OTC is not available from pharmacies and one cannot just buy Protonix online. The first step to getting Protonix is consulting with a medical provider, who can prescribe Protonix medication when appropriate to do so. There is no Protonix over-the-counter version available. Other OTC drugs may be similar to Protonix are available over the counter. The generic name for Protonix is pantoprazole. Patent on pantoprazole ran out in 2010. The FDA approved the first generic versions of pantoprazole that same year. The agency has approved several generic pantoprazole applications since then. All generic versions require a prescription. Protonix, a proton-pump inhibitor (PPI). Proton pump inhibitors (PPIs) are currently one of the mainstays for treatment of stomach-acid disorders. All PPIs are available in oral forms, and some are available over the counter. Additionally, three PPIs also are available in intravenous form. Prescription PPIs Protonix (Pantoprazole) are approved to treat heartburn associated with gastroesophageal reflux disease over a few weeks.

These drugs also are approved to treat other conditions, including the following: erosive esophagitis (inflammation and erosion of the esophagus), peptic (stomach or duodenum) ulcers (including those caused by nonsteroidal anti-inflammatory drugs [NSAIDs]), conditions in which the stomach makes too much acid (including Zollinger-Ellison syndrome) and stomach infection caused by a bacteria called Helicobacter pylori (taken with certain antibiotics). Protonix (Pantoprazole) is effective for relieving symptoms and healing lesions in the inner stomach lining associated with stomach-acid disorders because these drugs inhibit the secretion of the acid.

Protonix, a proton-pump inhibitor (PPI), is a drug used to combat the symptoms of frequent heartburn triggered by the accumulation of stomach acid or bile in the esophagus. This is commonly referred to as acid reflux. The anti-ulcer drug can be administered through two primary methods, delayed-release tablets or delayed-release oral suspension. While tablets are swallowed, the delayed-released oral suspension dosage is administered through disintegration in a consumed portion of apple juice or applesauce. Protonix (pantoprazole) allow the esophagus to heal from exposure to stomach acid by decreasing the amount of acid the stomach produces. With stomach acid withdrawing from the esophagus, ulcers (sores in the lining of the stomach or intestine) and non-steroidal anti-inflammatory drug-induced ulcers can be prevented.

The purpose of the gastrointestinal (GI) tract is to extract fluid and essential nutrients from the food we eat and to eliminate wastes. All the way along the tract, food is pushed by involuntary rhythmic muscular contractions called peristalsis. From the mouth, ingested food proceeds down a straight tube called the esophagus into the stomach. It is here that the process of digestion begins, with stomach acid being secreted to break down food. Enzymes that also facilitate the breakdown of chemicals in food, permitting absorption into the bloodstream, are secreted here and in subsequent sections of the GI tract. From the stomach, food passes into the small intestine, a relatively thin, long tube with three distinct portions: duodenum, jejunum and ileum. Enzymes from the pancreas and the gallbladder enter at the duodenum and have specific roles in the digestion of food. Generally several hours later, the remaining food passes from the ileum into the large intestine or colon. Water and some remaining nutrients are extracted in the large intestine, before the remains are excreted through the rectum as stool. Most of the time, the GI tract functions without problems, but there are a number of ways in which the system can go awry. As mentioned, the stomach secretes acids to aid digestion. There is a sphincter at the junction between the esophagus and the stomach that is supposed to prevent these acidic stomach contents from backing up into the esophagus, which is not designed to tolerate such strong acids. When such regurgitation occurs, resulting in irritation of the esophagus, it can cause the chest pain or discomfort that is sometimes called gastroesophageal reflux disease (GERD) or heartburn, as well as nausea and an unpleasant taste in the mouth. The problem is typically worse after meals, when the stomach is full, and when lying down, because gravity no longer keeps the stomach contents in place.

How to Take Protonix?

Protonix can be administered through ingestion of a capsule/tablet or orally disintegrating tablet. These methods are available in dosage amounts of 20 mg and 40 mg. Tablets should not be crushed or chewed and disintegrating tablets should only be combined with applesauce or apple juice. The drug is typically prescribed for use once a day (every 24 hours), everyday for an 8 week period. 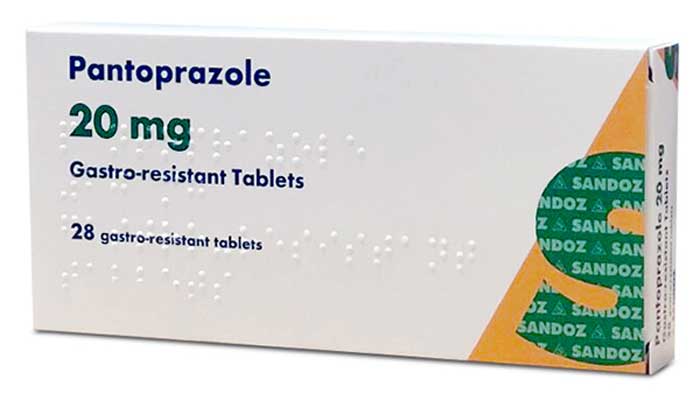 Consult with your doctor before taking Protonix if you are taking:

Research shows that upon stopping PPIs after taking them for a month or more, patients make even more stomach acid than they did before they started these drugs, a phenomenon known as rebound acid oversecretion. This can cause acid reflux symptoms to return at an even greater intensity than before therapy, prompting patients to retake these drugs, leading to long-term dependence. This can happen even in healthy people. Protonix is not for the immediate relief of heartburn symptoms. Heartburn is often confused with the first symptoms of a heart attack. Seek emergency medical attention if you have chest pain or heavy feeling, pain spreading to the arm or shoulder, nausea, sweating, and a general ill feeling. Long-term treatment with Protonix may also make it harder for your body to absorb vitamin B-12, resulting in a deficiency of this vitamin.

Protonix side effects include rare but serious conditions. Serious PPI side effects most often result from long-term use. Studies have found links between PPIs and more than a dozen major side effects. Lawsuits also blame Protonix and other PPIs for life-altering problems. Possible Serious Protonix Side Effects:

Less serious Protonix side effects are more likely to occur than serious ones. The most common side effects of Protonix are the same for adults and children, but upper respiratory infection is only common in children who take Protonix.

Who should use Protonix (Pantoprazole)?

Protonix effective at healing erosive esophagitis (a severe inflammation of the lining of the esophagus - the tube that carries food from the mouth to the stomach) and relieving symptoms of gastro-esophageal reflux disease (also known as heartburn). Protonix useful in the treatment of hypersecretory conditions such as Zollinger-Ellison syndrome. 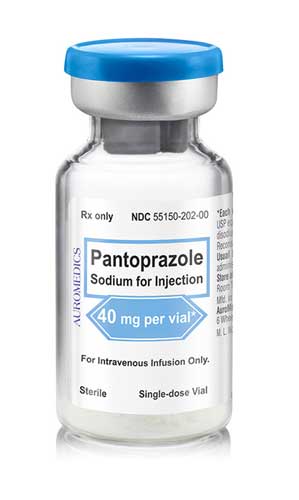 Usually, only up to 8 weeks of treatment is required; although it may be used for up to 12 months to maintain healing of erosive esophagitis. No dosage adjustment is needed in people with kidney or liver disease or the elderly. Protonix available as oral tablets, an oral solution, and as an IV injection for infusion. Protonix IV injection should only be given by intravenous infusion for a maximum of 7 to 10 days. Discontinue the IV infusion as soon as the patient can swallow the tablets or receive the oral suspension. Protonix is available as a generic under the name pantoprazole.

What You Can Do

If you have a serious stomach-acid disorder (including peptic ulcers) or are taking NSAIDs, taking a PPI can be beneficial or even lifesaving. However, if you have heartburn, your symptoms may improve with diet and lifestyle changes (eating smaller meals; not eating too close to bedtime; avoiding certain "trigger" foods and drinks, including alcohol, coffee, chocolate and fatty foods; and raising the head of the bed at night). If your symptoms do not resolve with these strategies, seek medical attention. It is best to try antacids such as aluminum hydroxide and magnesium hydroxide (MAALOX) first, then H2 blockers before using a PPI. If you require a PPI, take the lowest dose possible for your condition for the shortest possible duration. Ask your doctor for an "exit strategy" for your PPI that decreases your dose gradually to avoid rebound acid oversecretion.

There are non-drug treatments that do not pose any safety concerns as well as less expensive drugs that may be effective. Patients should try the following non-drug treatments before using any drugs for heartburn. Instead of using PPIs, patients should avoid alcohol, smoking, tight clothing and foods (e.g., fatty foods, onions, caffeine, peppermint and chocolate) that trigger the condition. In addition, it is best to avoid food, and particularly alcohol, within two or three hours of bedtime. When sleeping, elevate the head of the bed about six inches or sleep with extra pillows.