Xenical is used to aid in weight loss

For the treatment of obesity, there have previously been several drugs approved by FDA. Common to these was that they exert their effect in the central nervous system by suppressing appetite. They were deregistered, among other things, because they were central stimulants and often led to abuse. Now a new anti-obesity drug has been approved, orlistat. This agent exerts its effect by inhibiting the lipases in the intestine, thereby reducing the degradation of triglycerides and causing fat malabsorption.

Xenical is the prescription-strength form of orlistat. Orlistat 60mg comes in a branded version known as Alli. It is possible to purchase generic orlistat over the counter. The higher strength Xenical, contain 120mg of orlistat and can only be obtained with a prescription. You can visit your GP to buy Xenical from online pharmacy.

Unlike most other weight loss drugs that work by either suppressing appetite or increasing satiety (the feeling of fullness), orlistat prevents the breakdown and absorption of fat from ingested foods in the gastrointestinal tract; in this manner, fat absorption is decreased by approximately 30%. A dose of the drug is to be taken with each meal containing fat up to three times daily. 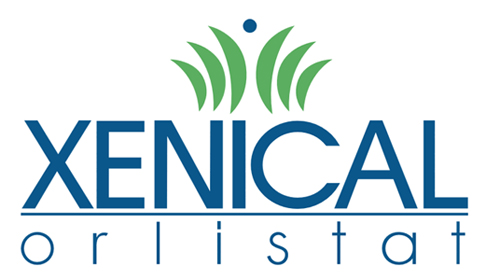 Orlistat (Xenical) was approved by the Food and Drug Administration (FDA) in 1999 as a prescription drug at a dose of 120 milligrams (mg) up to three times daily for inducing weight loss in obese patients in conjunction with a reduced-calorie diet. It also is now approved to reduce the risk for regaining weight after prior weight loss. The over-the-counter form, ALLI, which contains half of the orlistat dose of Xenical (60 mg), was approved in 2007.

The obesity epidemic is a serious public health problem that continues to grow at a staggering rate in the United States and around the world. Forty percent of all U.S. adults aged 20 years or older were considered obese in 2016 to 2019. It is projected that this epidemic will afflict over 50% of the U.S. population by 2030.

Based on fecal fat measurements, the effect of Xenical is seen as soon as 24 to 48 hours after dosing. Upon discontinuation of therapy, fecal fat content usually returns to pretreatment levels within 48 to 72 hours.

Before Taking This Medicine

Due to the many contributing influences that lead to excess body weight, diet drugs are not "magic pills" that can quickly reverse obesity or its effects. Importantly, there is no evidence to show that diet drugs reduce the risk of premature death or illness associated with long-term obesity and inactivity. Moreover, they are associated with serious adverse effects.

Obesity is defined as a body mass index (BMI; an indicator of body fat based on height and weight) of 30 or greater. A normal BMI for an adult is between 18.5 and 24.9. This condition is associated with an increased risk of developing serious diseases, including diabetes, heart disease, stroke and some types of cancer, which are among the leading causes of death in the U.S. It is a complex disorder that is caused by various factors, including diet, lifestyle, physical activity and genetics.

How Should I Take Xenical?

Read all patient information, medication guides, and instruction sheets provided to you. Ask your doctor or pharmacist if you have any questions. Use Xenical exactly as directed on the label, or as prescribed by your doctor. Do not use in larger or smaller amounts or for longer than recommended. Never share this medicine with another person, especially someone with a history of eating disorders. Treatment with orlistat should be discontinued after 12 weeks if patients have failed to lose at least 5% of the body weight measured prior to initiating therapy.

Xenical is usually taken 3 times per day with each main meal that contains some fat (no more than 30% of the calories for that meal). You may take the medicine either with your meal or up to 1 hour after eating. If you skip a meal or you eat a meal that does not contain any fat, skip your dose for that meal. The fat content of your daily diet should not be greater than 30% of your total daily caloric intake. For example, if you eat 1200 calories per day, no more than 360 of those calories should be in the form of fat. Read the label of all food items you consume, paying special attention to the number of servings per container. Your doctor, nutrition counselor, or dietitian can help you develop a healthy eating plan.

Xenical is only part of a complete program of treatment that also includes diet, exercise, and weight control. Your daily intake of fat, protein, and carbohydrates should be evenly divided over all of your daily meals. Follow your diet, medication, and exercise routines very closely. Keep track of your medicine. Orlistat is a medicine that may be misused as a weight-loss aid, and you should be aware if anyone is using your medicine improperly or without a prescription.

The recommended dose of Xenical is one 120-mg capsule three times a day with each main meal containing fat (during or up to 1 hour after the meal). The patient should be on a nutritionally balanced, reduced-calorie diet that contains approximately 30% of calories from fat. The daily intake of fat, carbohydrate, and protein should be distributed over three main meals. If a meal is occasionally missed or contains no fat, the dose of Xenical can be omitted. Because Xenical has been shown to reduce the absorption of some fat-soluble vitamins and beta-carotene, patients should take a multivitamin containing fat-soluble vitamins to ensure adequate nutrition. The vitamin supplement should be taken at least 2 hours before or after the administration of Xenical, such as at bedtime. Doses above 120 mg three times a day have not been shown to provide additional benefit.

The recommended dose of orlistat 60 mg for overweight adults is 1 60-mg capsule with each meal containing fat. Most weight loss occurs within the first 6 months. If you stop using orlistat, continue with a diet and exercise program. If you start to regain weight after you stop taking orlistat, you may need to start taking orlistat 60 mg again along with your diet and exercise program. Take a multivitamin once a day, at bedtime, when using orlistat 60 mg capsules. Do not exceed 3 capsules daily. Use with a reduced-calorie, low-fat diet until you reach your weight loss goal. To get the best results with the treatment, you should avoid high-fat snacks between meals such as cookies, candy bars, etc. 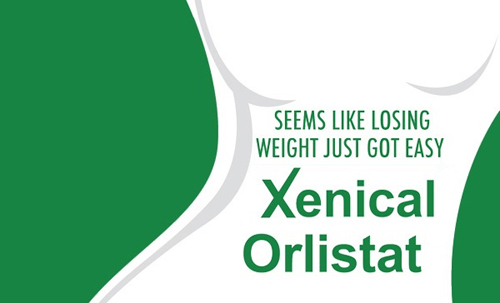 What Happens If I Miss A Dose?

Take the missed dose of Xenical (Orlistat) as soon as you remember, but no more than 1 hour after eating a meal. If it has been more than an hour since your last meal, skip the missed dose and take the medicine at your next regularly scheduled time. Do not take extra medicine to make up the missed dose. Xenical only works in the presence of food containing fat. Therefore, you do not need to take Xenical if you missed a meal or if you eat a meal that does not contain any fat.

Clinical trials testing Xenical demonstrated the weight loss seen in subjects treated with the drug. One trial showed that obese subjects taking Xenical in combination with dieting and exercise for one year lost an additional 5.6 pounds with the 60-mg dose and 7.1 pounds with the 120-mg dose compared with subjects who took a placebo. Similarly, the FDA statistician who reviewed the trials on Alli concluded that overweight users can expect to lose two to four more pounds than those who rely solely on diet and exercise routines to lose weight. Taken together, the evidence demonstrates that Xenical is a safe drug that significantly improve weight loss.

One of the most commonly alluded to disadvantages of Xenical happens to be exactly that: its prohibitive cost. Logically then, with none of the high cost entailed, generic Xenical (Orlistat) easily becomes a next to perfect solution for weight loss. Generic version of the drug is produced according to the same high manufacturing standards imposed by authorities in healthcare and pharmacology internationally. The composition, mechanism of action, method of administration and safety are identical for both brand and generic drug forms. The only differences are, understandably, the name – generic Xenical is produced under its generic name Orlistat, and some excipients.

If you are one of the millions of Americans who are overweight or obese, you should buy Xenical to lose weight. Likewise, do not fall victim to any other weight-loss drugs on the market. Instead, follow the only effective and safe long-term solution for shedding any unwanted pounds: orlistat plus regular exercise and a lower-calorie diet.

What Should I Avoid While Taking Xenical?

What are the Xenical Drug Interactions?

Many drugs may interact with orlistat, including prescription and over-the-counter medicines, vitamins, and herbal products. Ask a doctor or pharmacist if it is safe for you to use Xenical if you are also using any of the following drugs:

A total of 124 drugs are known to interact with Xenical (orlistat).

The most common side effect of Xenical is changes in bowel movement (BM) habits. This generally occurs during the first weeks of treatment. However, it may continue throughout your use of orlistat. Tell your doctor if any of these symptoms are severe or do not go away:

Some side effects can be serious. If you experience any of these symptoms, call your doctor immediately:

Xenical may cause other side effects. Call your doctor if you have any unusual problems during your treatment with orlistat.

Some people who took Xenical developed severe liver damage. There is not enough information to tell whether the liver damage was caused by Xenical. Talk to your doctor about the risks of taking Xenical.

Want to buy Xenical (Orlistat), how does it work?

Many people ask does Xenical work? It is proven, if used properly, to have weightloss effects. You can read Xenical reviews from actual users. In studies, Xenical has been shown to reduce weight, when it is used alongside a healthy diet and exercise program.

Studies have demonstrated that people who take Orlistat, while adhering to a low-calorie diet and the right exercise conditions, can lose up to 15% more weight on average over the course of a year than those who do not take it. It’s important to stress the importance of mindset and lifestyle when it comes to weight loss. Taking a pill won’t lead to a body transformation without the accompanying lifestyle changes.